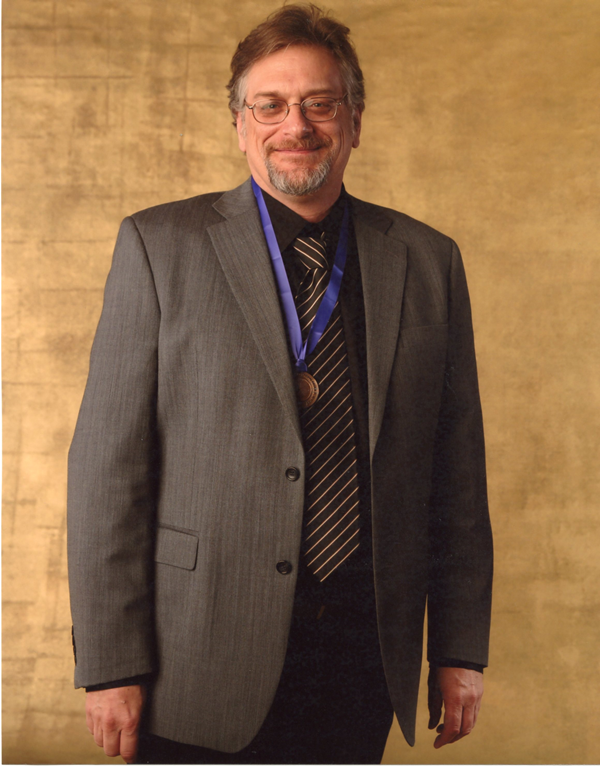 Winning a Grammy is both an incredible honour and a real thrill, and it may take awhile for it to really sink in.  Honestly, it’s kind of overwhelming.  This music has meant so much to me for so long – I was obsessively listening to Beach Boys songs when I was four years old, and I first got into the SMILE music right around the time I turned seven, when 20/20 was released and I bugged my Mom to buy it when I saw it in the record rack at our local Payless!  To have had the privilege to be part of the team that put this release together so many years later was literally a dream come true.
Alan Boyd’s lifelong obsession with the music of Brian Wilson and The Beach Boys has taken him on a long and slightly off-the-wall journey directly to the group itself. For Alan, his love of all things Beach and Boy goes all the way back to 1966, when he wore out his brother’s copy of the SURFER GIRL album listening to “In My Room” over and over and over again… A persistent, at times rather lonely, fascination with the group’s music followed… and a chance visit to a London record shop, where Alan stumbled on a copy of a BEACH BOYS STOMP fanzine led him to a worldwide community of serious Beach Boys’ fans, which in 1990 led to….

… of all things, a song. Alan, an award-winning documentary filmmaker and historical footage archivist, had been dabbling in music, having recently written and produced some songs for a children’s video… Les Chan, organizer of several west coast Beach Boys’ fan conventions, asked Alan to write and record a theme song for an event to be held in San Diego in the summer of 1990. The result, “Down South (In San Diego)” quickly became something of an “underground” hit, with bootleg copies passing along amongst Beach Boys’ fans all over the world – and the song itself, uncredited, was even included on a bootleg CD of unreleased Brian Wilson tunes.
Subsequent recordings by Alan, including another San Diego convention tune, “Everybody’s Waiting,” and the semi-legendary “Channel Surfing” (which was later featured on the Varese Sarabande compilation CD WARMTH OF THE SUN – MUSIC INSPIRED BY THE BEACH BOYS), soon found their way into the hands of BB associates Jeff Foskett, Mike Kowalski, Gary Griffin, and Brian Wilson biographer David Leaf… which in turn led to Alan’s becoming directly involved with The Beach Boys as a documentary filmmaker and archivist. Since 1996, Alan has directed and/or edited a number of films for the group, including NASHVILLE SOUNDS, THE PET SOUNDS SESSIONS, ENDLESS HARMONY (for which Alan received a Grammy nomination in 2001), BRIAN WILSON 1999 (a short film that opened Brian’s first-ever solo tour), GOOD TIMIN’ – THE BEACH BOYS LIVE AT KNEBWORTH and, most recently, a special short film for the 2003 CARL WILSON FOUNDATION event. Alan has also produced archival audio releases for The Beach Boys, including the

ENDLESS HARMONY soundtrack compilation, and, with engineer Mark Linett, the 2001 release HAWTHORNE, CA. Currently, Alan is working with Brother Records and Capitol Records to organize, catalog, and preserve the mass of vintage Beach Boys tapes in their archives. In addition, Alan has directed and/or edited documentary films for NASA and Delilah Films, including specials on The Monkees, Marianne Faithfull, and Earth, Wind & Fire. 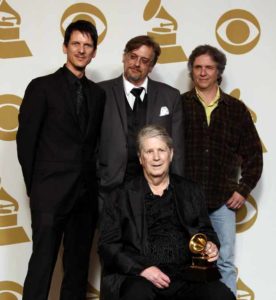 Though Alan’s own music had been on the back burner in the late 1990s, he recently found himself recording some new Beach Boys’ fan convention songs, as well as embarking on collaborations with Beach Boys’ lyricist Steve Kalinich and Wilson sons Carl B. and Justyn Wilson for the ENDLESS SUMMER QUARTERLY compilation, ONE IN A MILLION in early 2004. These recent forays back into the recording studio have rekindled “the bug,” and Alan’s finally releasing a full-length CD compilation of his own music, CHANNEL SURFING. Spurred on by former Brother Studios manager and former Dennis
Wilson personal manager Trisha Campo, and with the help of PACIFIC OCEAN BLUE/THE BEACH BOYS LOVE YOU engineer Earl Mankey, Alan has finally gathered up all of the Beach Boys convention tunes and demos that brought him to BB-Land in the first place, along with a couple of excerpts from recent silent movie scores that he’s prepared for American Movie Classics and the Classic Arts Channel, and a tune specially recorded for a Harry Nilsson fan gathering. For this release, Alan has received some enthusiastic support from Beach Boys Al Jardine and Bruce Johnston, Gerry Beckley (from the group America) and, most surprisingly, from Brian Wilson himself, who completely blew Alan away one recent morning when he called and left a message on Alan’s answering machine saying, “I just heard ‘You’re The Beautiful’ – your voice is fantastic! I didn’t know you could sing like that, man!”

Last year, the Beach Boys celebrated their 50th birthday. There was a new album and a tour with all the surviving members

This VH-1 documentary probes the story of the Brothers Wilson, exploring the notorious tensions that lay behind those heavenly harmonies.